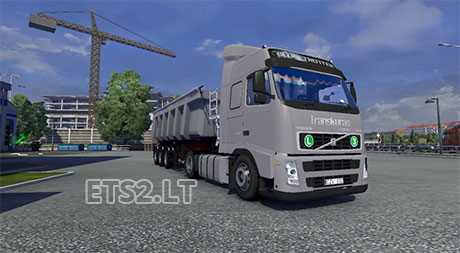 In tuning shop select mirror_01 to get proper mirrors

UPLOADING TO OTHER HOSTS IS STRICTLY FORBIDDEN 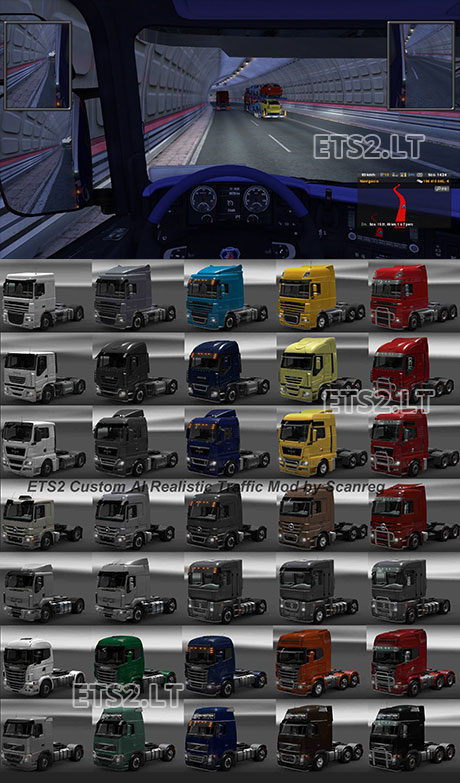 The top speeds values calculated too, but corrected, for avoid rush on highways. The calculated top speed corrected based on Horsepower/Weight ratio, that the result between 100 km/h and 150 km/h.

Trucks have 1 top engine power level version per 7 manufacturer without trailer and cargo, they called empty-solo version by me.

Trucks have 2 middle engine power level version per 7 manufacturer without accessories, they called factory look version by me.

The top speeds based on the calculated speed value of 12.th gear at 1600 rev/min.

The exterior of AI trucks modified at many points. The headlight’s range, angle, intensity modified. The accessories is same per engine power level for every manufacturer, but the 5 different front grill occur at all power level. The tuning versions of trucks have own chassis-cabin-wheel-mirror-doorhndl combinations, and have own doorsteps, bottomgrills, sunshields.

In the original trailer_storage.sii of the game has 75 different trailer, the player can pull either in his transport job. But in the trailer_traffic_storage.sii only 15 different traffic trailers. So why don’t these trailers come face to face in traffic on roads? With this mod they come… 🙂

I lift these rows from trailers_storage to trailer_traffic_storage, and some of them cloned in a,b,c,d,e,f,g version for they occurrence in traffic meet my like.

These 84 traffic trailers combined with 189 variant of traffic truck, between 59 different traffic cars on the road make this game mutch variable and enjoyable for truckers.

The mod downloadable in 3 version. 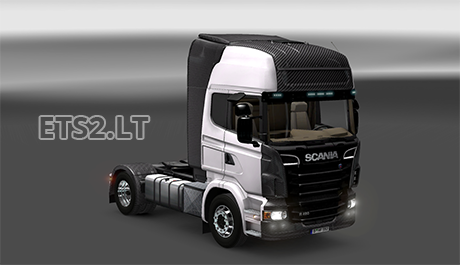 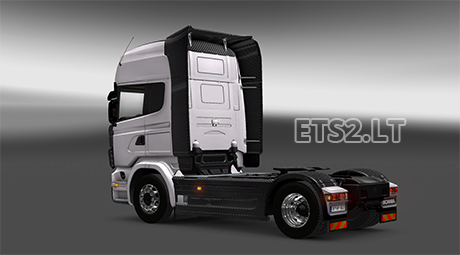 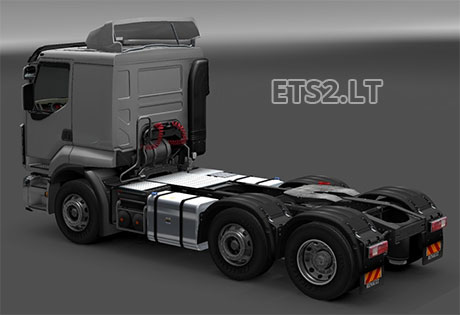 This is a pair of 6-wheeled chassis for the default Renault Premium model. They have the largest fuel tanks I can fit without extending the chassis too much, but a shorter wheelbase than the 4×2 chassis.
It’s as compatible as possible with other mods, and uses all of the original truck’s materials and textures. 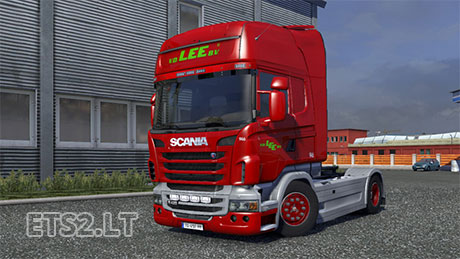 A skin from Dutch company v.d. Lee b.v.
Skin is fictional since the company only owns Volvo, DAF & MAN.

Use of truck Shop by Maghetto is recommended because of the grille color.

No wheels or other parts included in this mod. 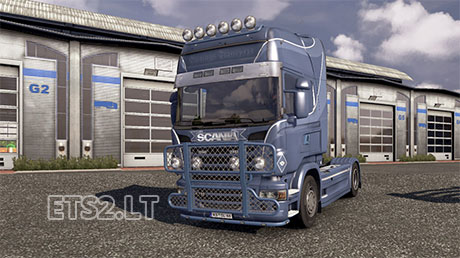 A skin for the Scania Topline. Use of Truck Shop by Maghetto is
recommended because of the grille colour.

No wheels or other parts included in the mod.