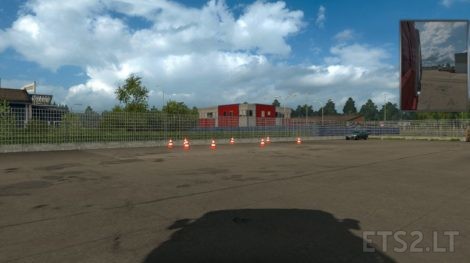 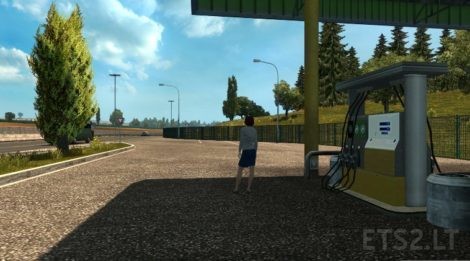 – At the bases, service stations, gas stations and ferries instead of the green activation symbol is a man-dispatcher;

– In recruitment agencies, car dealerships, on barriers and railway ferries – is empty, there are no symbols at all;

– The place of unloading is indicated by cones, the place of loading is not indicated in any way (remember the type of trailer when choosing a load);

– Removed barriers from closed streets and junctions, including collision.

Attention! Departure to closed streets threatens to fail under the texture

Restored the “Dude-dispatcher 1.33” mode, by adding a mat file

Adaptation for DLC Beyond the Baltic Sea