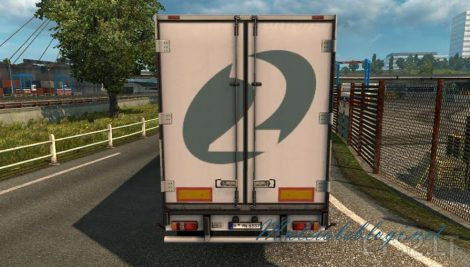 Kanal 2 (Channel 2) is a privately owned Estonian television channel. It began broadcasting on 1 October 1993.
Also this mod changes Posped company logo to Channel 2 logo; compatibility with game version 1.27x and below that.

More mods can be found at http://wiki.muleioleblogi.net/ets2