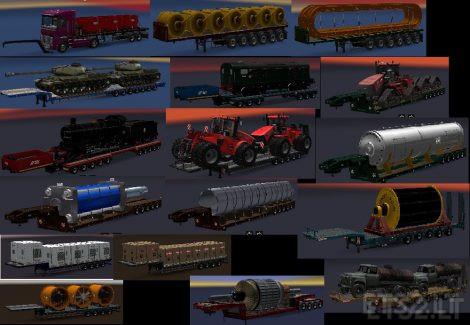 This addition increased the mass 69 Chris45’s cargoes and replaces 10 cargoes with locomotives.

The basic mod you can download on this site or on other sites dedicated to this game, for example: ets2.lt/en/chris45-trailers-pack-v9-09-for-ets2-v1-30/

P. S. If you find errors – write. It is desirable that there was a piece of log file(from game.log.txt) with a description of the error.