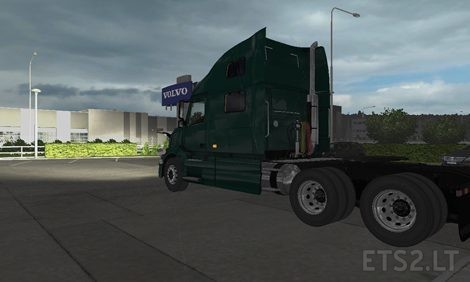 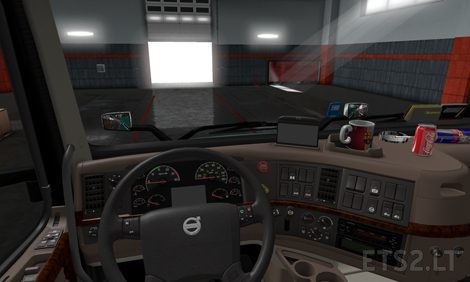 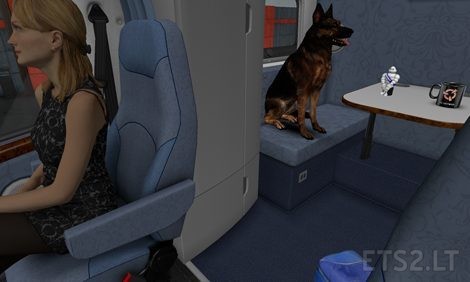 Note: due to the shorts chassis variants coming on this truck by default,some trailers (like krone profiliner) can make visual collision so you need to chose the correct trailers to handle with this for now, (maybe on the future i change the 5thWheel position to fix this but for now i don’t have too mutch free time so i only port the default chassis/truck made by SCS).

How To Install?:
extract the downloaded rar file and put these files named “volvoVNL_ATS_to_ETS2.scs and Volvo_VNL_Compatibility_Patch.scs” on your mod folder, (put the SiSLs_Mega_Pack_Volvo_VNL_Patch.scs only if you have the SISL’s mega pack installed).

IMPORTANT: for the correct work of the left and right hood mirrors on this truck in ETS2, i made some changes to the the game_data.sii and mirrors_data.sii, for that reason the file named (Volvo_VNL_Compatibility_Patch.scs) need to go first of ALL your mods on the mod manager otherwise another mod can overiwrite my changes and if that happen this will make your game close to desktop.

if you need some help with the mod visit the oficial thread:
https://forum.scssoft.com/viewtopic.php?f=35&t=263508

ATS Model made and developed by SCS software.
Port to ETS2 by ValheinXL.

Don’t forget ,if you share any of my mods please keep the original link and credits! ,hugs.