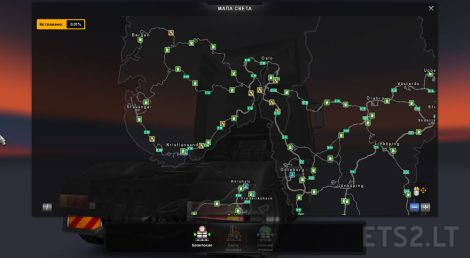 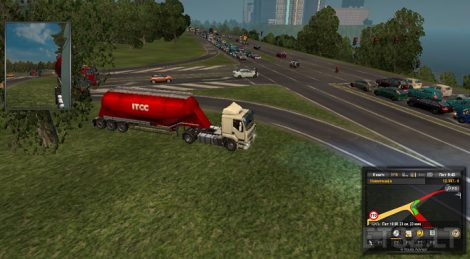 Main goal:
This mod is mostly from players who like high traffic, which cause traffic jams and weighted traffic flow. In order to speed up it, I:
– Chaned work of semaphores, mostly longer green lights, and partially solve problem of left turn (right turn in UK).
– Added semaphores on all crossroads where anyone road/street, on which is enabled ai traffic, intersect road/street which has two lanes in each direction. I didn’t do it on some crossroads in cities, between two crossroads with semaphores or roundabouts. I am sorry about flying traffic light, I still can’t find way to add pole. For me, the most important is that semaphores work.
– Replaced all (only on EAA and PRC) one-lane interchanges with two-lane of same type, except interchanges of two highways, where no one highway starts in near city. On other maps I replaced only one-lane interchange of highways and small roads. Work is in progress.
– Removed barriers from all tolls which haven’t lanes for electronic payment.

Other changes:
Because job generator mostly use ferries and pay 0$ for ferry mileage, and it interfere you from explorirng roads, I remove many ferries, left only neccesery. On example, on EAA map, you can jump from Rio Grande to Vitoria or Santos via Calais, which is unreal. Therefore I removed all ferries from Europe to EAA except Calais – Santos. One more example: You can jump from Kristiansand to Bergen with ferry and it is almost impossible to find jobs with ok sallary via road. I left only 2 ferries, look on image.
I removed Eldorado, Indonesia and Hungary from South Corea because there are new versions of those maps.
I separate Island map from South Corea and moved it to Tyrrhenian sea.
In all map which are connected to Europe via ferry, I deleted all Europe map, so you can drive only on that maps, and made new file with Europe vanilla map for players who still want to play Europe map.
I think that I fixed problems between Promods 2.11 and Russian open spaces, and include fix in Better traffic flow Russian open spaces.