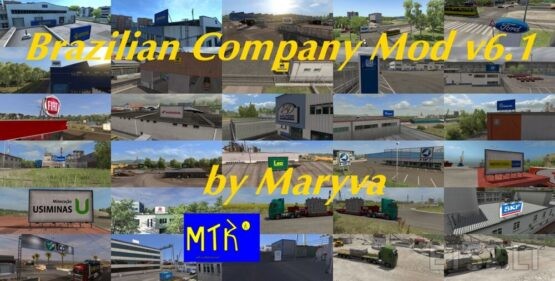 The Mod modifies game companies for Brazilian or multinational companies in Brazil, without the DLC Ibéria.

The Archive goes with two Mods, one with a skinpack and the other without, for those who already have the Steam skinpack (No need to remove it).