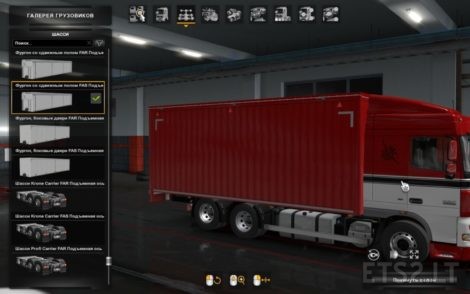 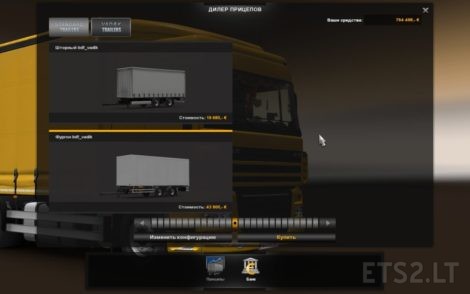 Changelog for actual ver. 6.1
– adaptation to patch 1.32.
– added accessory Plastic box for chassis 4x and 6x.
– additional slots are added to the roof grill “Empty”.
– added various body options for the BDF chassis.
– added a variety of bdf-trailers (orders of agencies and the possibility of buying your own trailer).
– Space Cab Cab Plus has a slot for installing the beacon.
– the position of the beacon at the cabs Space Cab Super and Space Cab is corrected..
– simultaneous installation of standard beacons and air conditioning on the roof is blocked.
– fixed bugs and more.

Attention, if you are using a mod for physics – in the mod manager, install the mod on physics BELOW addons DAF_XF_by_vadik_v.6.0 and Kraker/NTM_for_the DAF XF by vad&k !!!