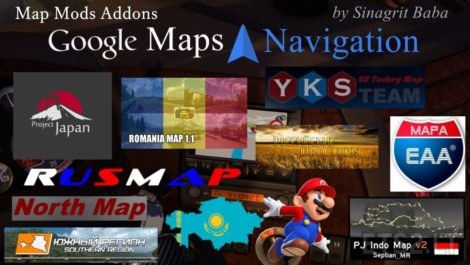 No sharemods no modsbase no mods.to… and most importantly no pop-ups! You can download the desired addon(s) from his page with a single click. His page will be updated when there are significant changes in map mods.