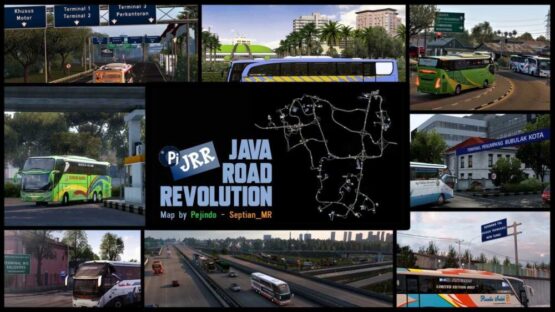 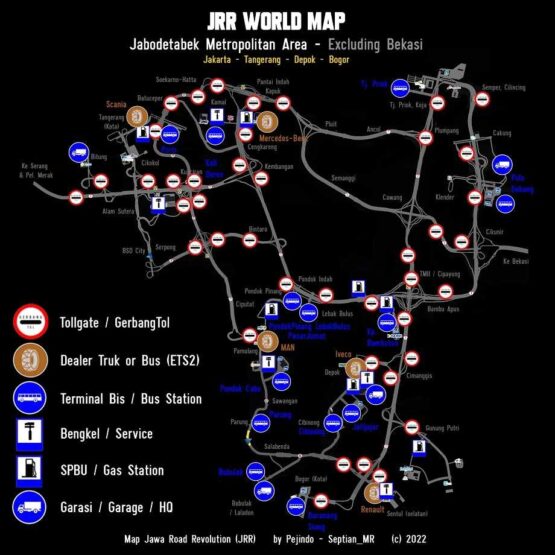 Changelog v0.42
Update for 1.44
Added version 0.42, converted for use with AfroeurasiaBackground for compatibility with Promods

Map of JRR (Java Road Revolution)
The first Indonesia (real) add-on map, which currently have the biggest city of the country, Metropolitan city of Jakarta and its suburban area.
Travel every part of highways around the city, visiting many industrial areas, and few rural roads leading to each interesting place. This map is possibly going to expand further along Java Island in the future.

Notes :
– Not require every DLC’s. You can use this map with DLC or without map DLC (even if you don’t have any completed one)
– Compatible with other add-on maps (for making map combo)