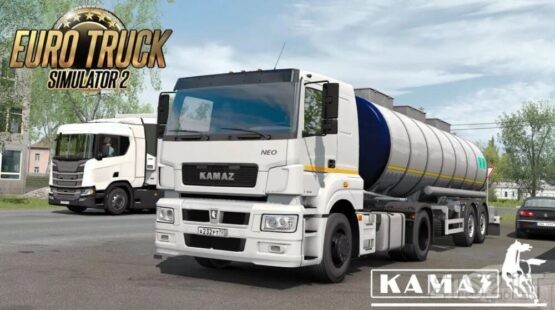 Standalone
Sold at the dealer of mods and MB;
2 cabs and several landing gear;
The engines are equipped with original sounds;
Small tuning;
Your wheels;
Pack of skins;
Test on ETS2 version 1.41

Changes:
The adaptation for the new versions was carried out, the problem related to the headlights was fixed, other fixes were made.