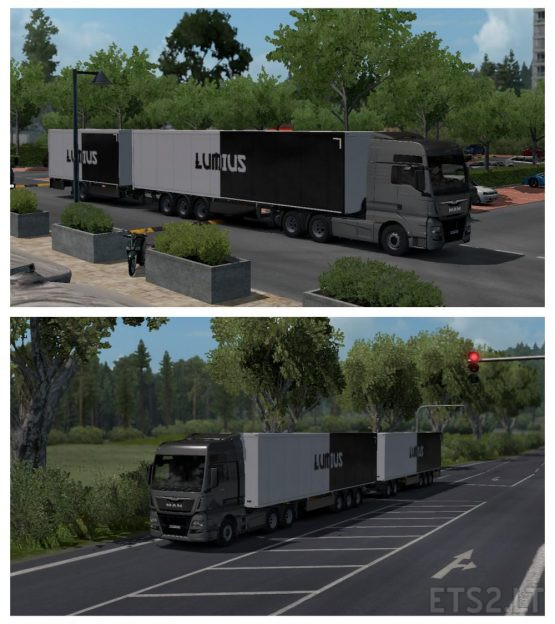 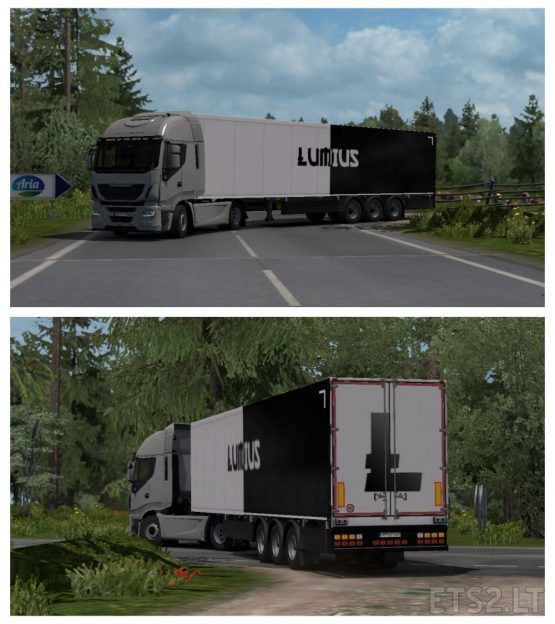 This mod adds the trailer skins shown in the pictures into Euro Truck Simulator 2. The mod was basically made for German YouTuber “Lumius”.

The skin is compatible with any standart trailer in ETS2 Version 1.35+. I have not tried the skin with the Krone/Schwarzmüller DLC, but I do not think that any DLC trailers are supported. Have fun with the mod!

Also find the older version of the mod with another logo here:
https://ets2.lt/en/professor-lumius-trailer-v2-trailer-ownership/