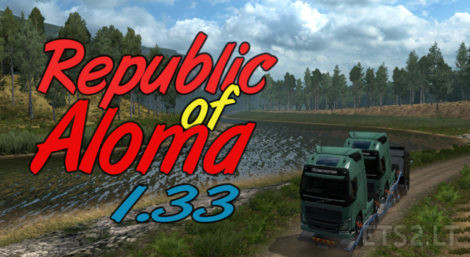 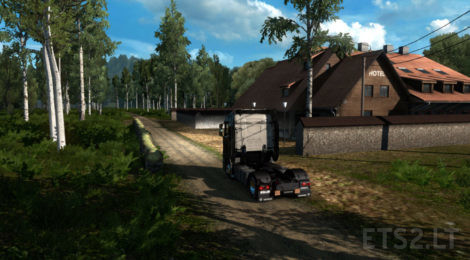 Twice increased roads and cities!!!
Game Version 1.33
-Start By a new game in the gaming unit to choose: a.mbd
– For correct work you need DLC “Viva la France”, “Heavy Cargo Pack”, “DLC – Italia”, “Dlc Oversize (Special Transport DLC), “DLC – Krone Trailer Pack”, “DLC – Schwarzmuller trailers”, “DLC – Beyond the Baltic Sea”.
-Attention! If the card does not work, it means that not all DLC are installed or hampered by other people’s fashion!

Mod uploaded to the site ShareMods with a link : https://sharemods.com/effj2vfofz8w/Aloma_1.33.7z.html
ml which is forbidden to change, forge and modify!

On sites that change the link will be filed a complaint to the police!