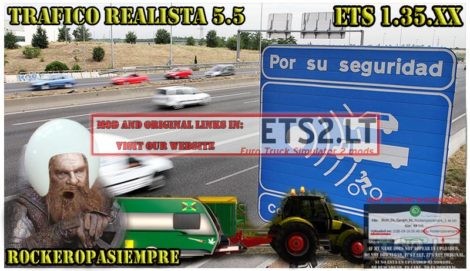 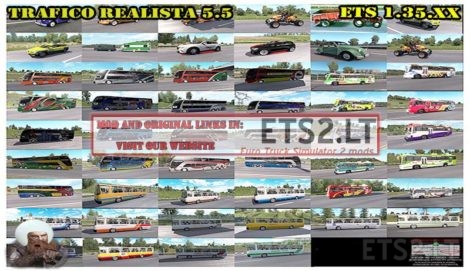 PROHIBITED UPLOAD THE MOD TO ANY SERVER WITHOUT PERMISSIONS.

Now we have started to rescue old cars, repair them and put them into operation for the new versions

GO THROUGH THE ACKNOWLEDGMENTS, TO ALL WHO IN THESE MONTHS HAVE FIGHTED WITH ME AND THE IMPROVEMENT:

Especially my wife for her patience.
Thanks to all the most veteran modders such as AlexGold, SlavikSD, Skleroza, Team KBS, jazzycat and Frank007.
Thanks also to the Betatester who have been passing me information: Chuzo, Saquer, DaniGp and Cupido.

I highly recommend trying the “With Extras” version due to the variety of changes that are added.
The “No Extras” version will continue to have the same behavior for the IA traffic, it will include the
same vehicles as well, but does not include sound modifications at all. belonging to the sound of car and truck engines.
Therefore I recommend you watch the second video, you will not regret it.

Important changes. Traffic with its own sound has been added to the mod, to the following game models:

Added to the traffic with own sounds the following models:

– 2 Versions inside the file rar. One (WITH EXTRAS), and one that does not include sounds, IA (NO EXTRAS). Choose one of the 2.
– Compatible with all maps and Dlc’s of the game. (Going East, Viva la France, Italy, Heavy Cargo, Special Transport and Beyond the Baltic Sea).
– Compatible with all AI traffic mods-packs. (Place the mod on top of the IA packs you have).