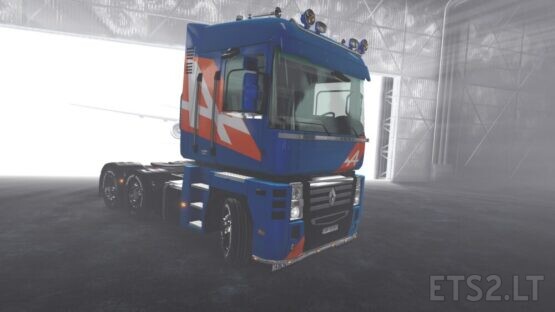 This pack is about the brand Alpine that belongs to the Group Renault. The idea is bring some iconic liveries from LMP and now, the F1 team, to the truck world.

It was born as a personal skin but I decided to share it with the community, because I know Alpine will have a lot of fans thanks to the return of Fernando Alonso 😀 and the color scheme… it’s cool :lol:.

Of course I will add more if I see more cool liveries related to the brand.

I am planning to do more skins like this and make SCS trailers skins combo too.