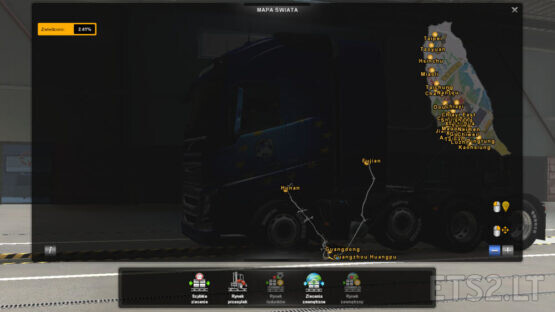 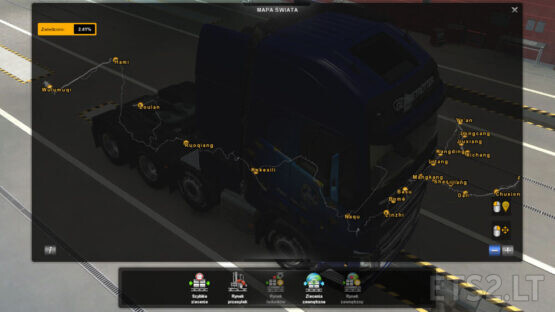 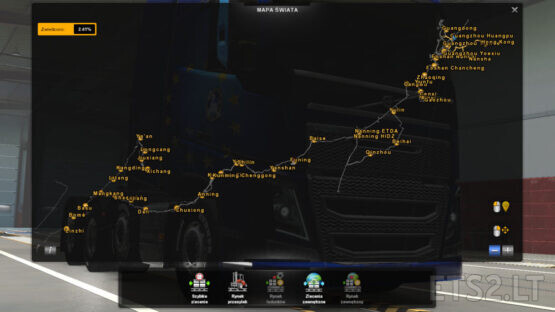 Mod is intended to work with ROC (Roads of Chaunghwa) Map 0.3x by yakuan.
BTW: Thanks for yakuan for the great mod and for the latest update!.

Mod removes numbers and Chinese characters from the names of country, cities, some ferry connections and it contains English translations for traditional Chinese/Taiwanese cargoes.

– mod is compatible with the R.O.C. (Roads of Chaunghwa) Map v0.3x, but it should work with previous map releases too;
– translations of new added cities;
– several changes made in previous translations due to the modifications in the original mod;
– removed ETS2 version compatibility;

RESPECT ORIGINAL DOWNLOAD LINK!
DO NOT REUPLOAD AND/OR REHOST WHOLE ARCHIVE AND/OR SINGLE MOD FILES ON OTHER SERVERS/WEBSITES!