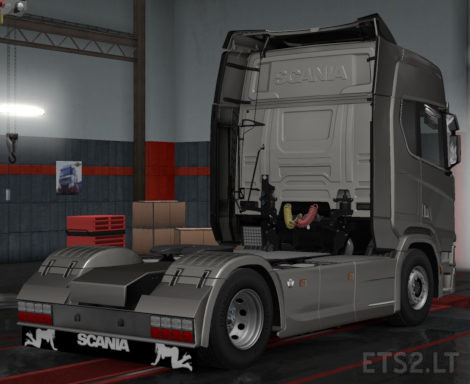 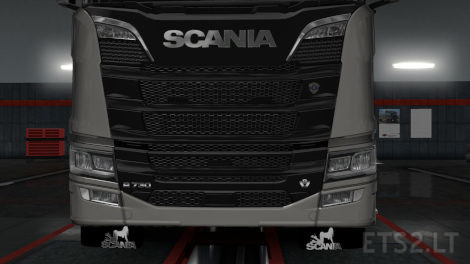 Pack includes additional flaps for the following slots: front mudflaps, rear mudflaps and rear wide mudflaps allowing you to have a matching set across your whole truck.

Although please note that the new rear wide mudflaps may require the Mighty Griffin DLC if using the stock SCS trucks. All other mudflaps should continue to work as normal without it.

All mudflaps are available for RJL Scania’s with no DLC required.