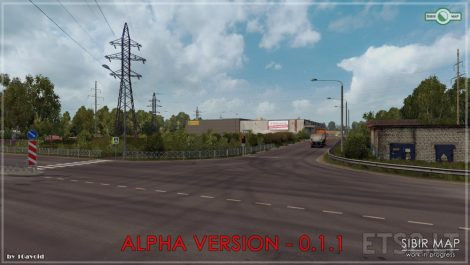 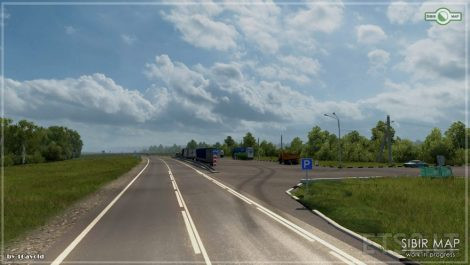 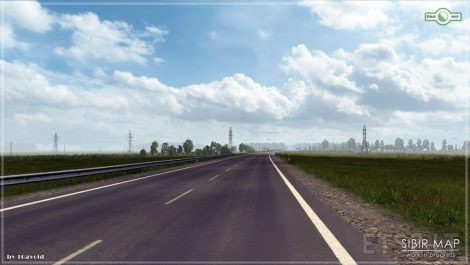 I release the version of SibirMap – alpha 0.1.1

– Construction and test cards now only on version 1.28. (Which does not mean that the card will not start at 1.27 if all installation conditions are met).

– Fixed more than 30 terrain errors, including those based on your bug reports.

– Omsk has undergone a major correction:
1. Fixed a crossroads to Chukreevka. Now this is a T-shaped intersection, as in reality.
2. The location of the Baucenter has been fixed. The access road is now without continuous marking. Added logo. The pointer is reduced, now it looks more aesthetically.
3. The entrance to the city from the Tyumen route, as well as the streets of Bagnyuk and Kondratyuk were “deteriorated” in the quality of the roadway, which brings the state of the city roads closer to reality.
4. The number of trees has been reduced, which should contribute to a slight increase in FPS.
5. Minor corrections in the form of adding wires, decals, signs and so on.

– Fixed many crossings on the map. Here and there a collision has been added. Also on the map fixed “recumbent cops”. Slow down the speed.

– Many parking lots and roads have been developed throughout the map – now asphalt is dirtier on them, and pits and bumps have appeared in some places. In the village of Lyubin, the road is also slightly worsened.

– A major change in the economy and gaining experience:
1. Experience is now earned faster. Increased experience points for complex parking. Increased experience points and percentage of payment for the delivery of undamaged goods and so on. Earn money and pump the profile became a little easier. With an increase in the number of kilometers on the map, corrections will be made to balance the development of your profile.
2. Reduced the amount of fines, now they are close to real.
3. The currency “Ruble” was added, at the rate of 70 to 1 to Euro. You can select it in the gameplay settings.

– Easter eggs version 0.1.0. from now on are available on the map manager. Visit the site for recreation on the OKAD and the picturesque shore of the Irtysh at the recreation center of Politicalotdel.

Small edits of advisor cards. The author continues to experiment with them. Progress is far from final.

Available for driving section of the route P-402 in the direction of Ishim, to the parking near the cafe Ermak.

Many small fixes and edits.

INSTALLATION: as well as version 0.1.0, all requirements are unchanged. The consequences for an existing profile should not be.

ATTENTION: The map is started by a separate module! To do this, you will need to create a new profile and connect the mods before starting the game by selecting the sibir.mdb module

The author of SibirMap is very grateful to the authors of RusMap and SouthernRegion projects for the opportunity to implement the SibirMap project.

The map is compatible with the traffic-pack from Jazzycat.
The map version: 1.27 1.28.
All the published map dlc (GE, Scandinavia, Viva la France) are needed.

A huge request – keep the original links to the files! Thank you.