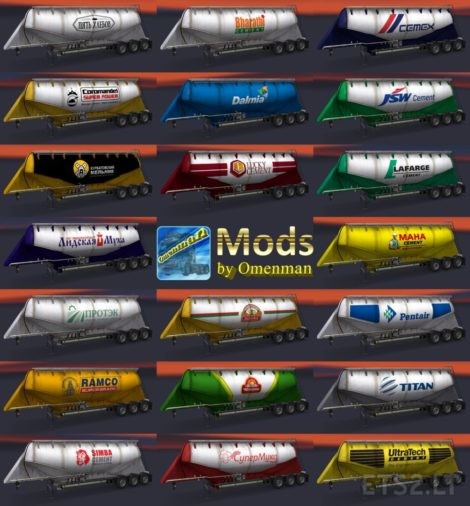 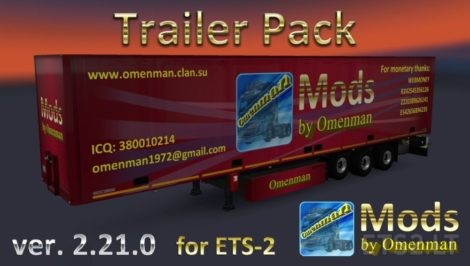 In the package 400 skins and 80 cargoes in 164 companies,
located on the default map and all official DLC.
The mod adds 7 types of default trailers from previous versions of the game:
Fuel, Coolliner, Fridge, Profiliner, Container, Cement and Schmitz Universal,
as well a trailer from Rommi “TZ Schmitz S.KO Express”.

For the Russian version, you will need to download and connect the “Russificator of cargoes” ver.02,
setting it above the mod itself in the Mod Manager