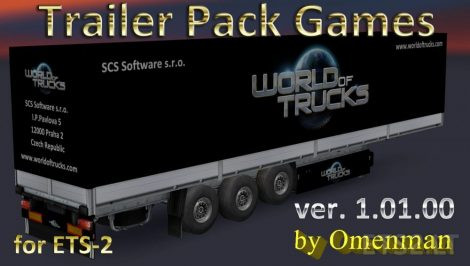 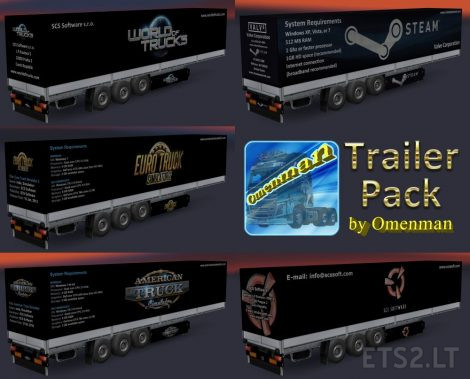 Mod of trailers with skins computer games.
In the package 90 company, 5 cargo and 5 skins on trailer “Schmitz Universal”:

Changes in version:
1. All trailers have a renewed registration of cargoes in accordance with the profiles of companies and types of cargo.
2. Added companies from DLC “Vive la France!” and DLC “Italia”.
3. Changed the format of the package version.

All trailers are autonomous and included in the traffic.

WARNING:
When placing the mod on other sites, save the author’s link!
Using skins for other mods is forbidden!