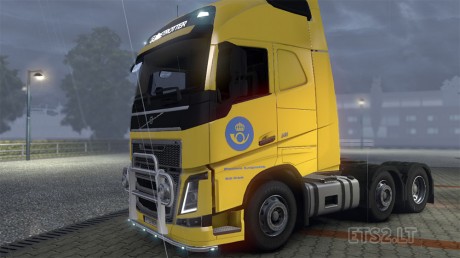 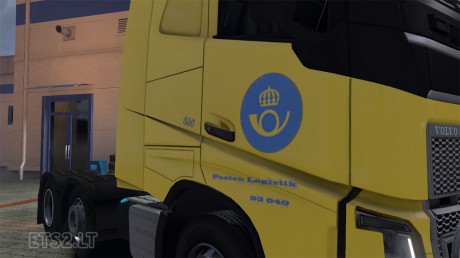 This is a Volvo FH16 skin of swedish company Posten

Posten was established as Kungliga Postverket (The Royal Postal Agency) in 1636 by the Lord High Chancellor of Sweden Axel Oxenstierna, who was de facto regent until the young Queen Christina took the throne in 1644.
It was operated as a government agency into the 1990s when it was transformed into a government-owned limited company.
One of the most visible changes to the postal service was the decision in 2000 to replace Posten’s numerous post offices with a franchise net of postal service points, run by grocery shops and petrol stations.
Postal Service Centres, run by Posten, are maintained for business clients only.