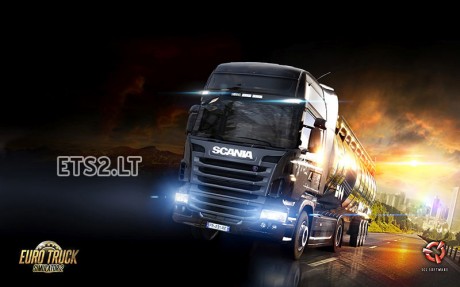 I found that gaining money in the vanilla game was a little bit too
much of a chore, but other economy mods I have tried made making money
so easy it lost any challenge at all.

Finally I went into the files and created my own economy mod. This mod
slightly edits the economy so that both you and your drivers earn a
little more money. Additionally you get 25% fuel discount at your own
garages instead of 15%.

The changes are minor so that it still takes a while to gain cash, but
it is a little easier.

Built from scratch to work with the 1.9 patch. Also works with
Promods.

V2 info: The XP reward for parking has been dropped from 300 to 100
(vanilla 45) as it was raising your rank too quickly early game.

Reward bonuses have been reduced as you could make too much money from
them too quickly. They are still more than vanilla just not as high as
in V1.

V1 is still available for those that prefer those values. You can get
it here: https://ets2.lt/en/as-economy-patch-1-9-compatible/