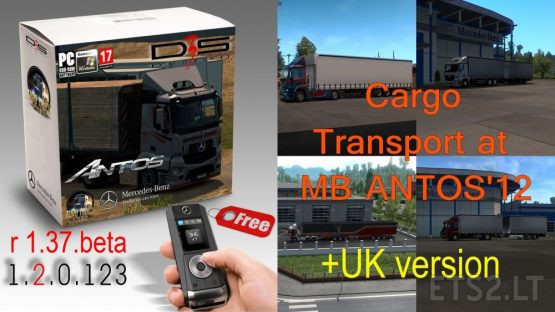 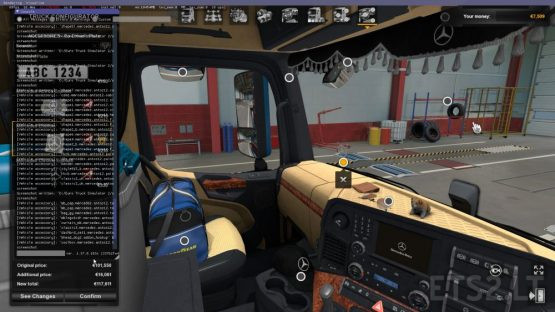 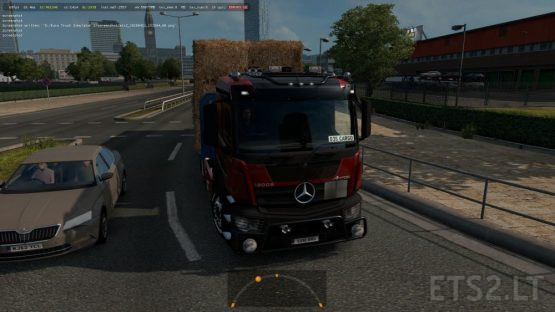 The mod is adapted for the beta patch 1.37. x and the new FMOD sound scheme.

For all chassis, British versions of cab interiors have been added, which are ideal for driving in countries that prefer to drive on the left side of the road (English hand), such as:
Great Britain, Ireland, Scotland, Northern Ireland, Japan, Australia, New Zealand, Indonesia, India and many others …

Four basic versions of sounds are used to sound the engines of the truck.
In this mod, all rights to sounds and their adaptation to the new sound scheme belong to SCS Software.

!Warning!
I’m very sorry, but – for the mod to work correctly, You need to enable the mod on a NEW Profile.
If you simply replace (reload) the old (current) version of the mod (for example, D3S Mercedes Antos12 r1.36.2.x) to the new version – ERRORS are INEVITABLE.
!Warning2!
This version of the mod is NOT compatible with patch 1.36 or lower, because it uses the FMOD sound scheme