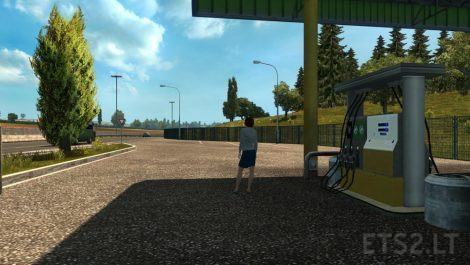 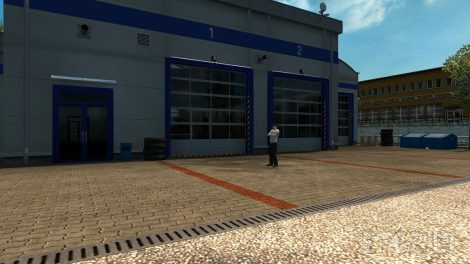 Character replacement activation.
– On the bases, service stations, gas stations and ferries instead of a green symbol activation is a man-Manager;
– Staffing agencies, car dealerships, gates and railway crossing – it is empty, no characters at all there;
– Place of discharge designated by the cones, the loading is not marked (remember the view of the trailer in the choice of goods);
– Removed the barriers from the closed streets and intersections, including conflict. Attention! A check on a closed street, it threatens to collapse under the texture.

Restored the health of fashion “Chuvachok Manager 1.23”, by adding the lost Mat file.
Added Manager on the base, where there is a choice of difficulty unloading.

Map of default + DLC and all