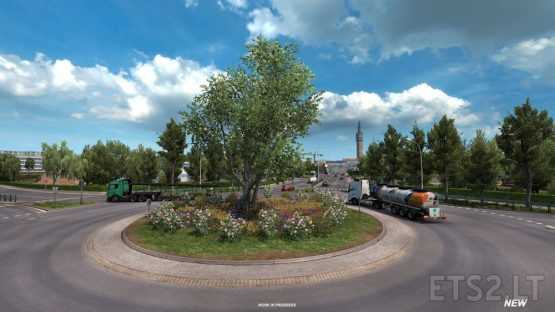 First off, the city of Lille has received a reskin, which includes new road networks, updates to existing junctions, more detailed scenery, and the inclusion of newer vegetation, terrain textures, and much more!

Some of the main changes include updates to road junctions have been re-worked to be based on more true-to-life layouts. Road signs and roads in general have also been updated with more accurate, realistic and detailed textures. 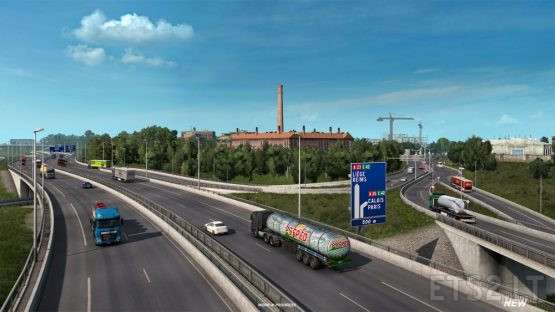 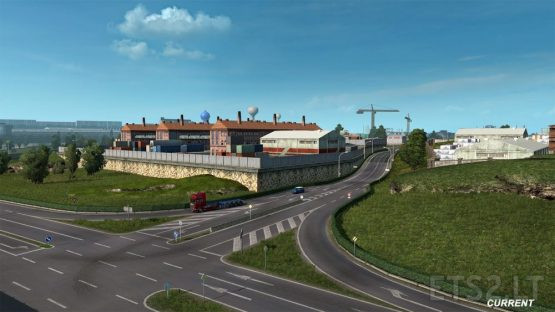 Another significant change that has been made in 1.38 is to the various truck dealerships located across Europe. Each represented truck brand now has its own unique dealership design. All dealerships locations across the Euro Truck Simulator 2 map have received a refresh, so make sure to re-discover them in-game as you drive past (trust us, it is well worth the stop!). 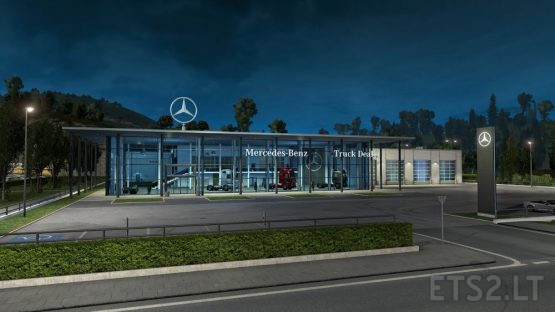 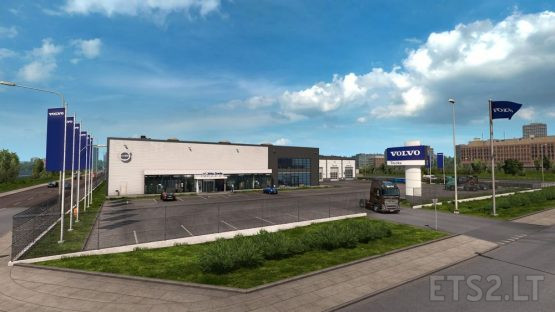 SCS is also excited to introduce the inclusion of a computer graphics technique for efficiently approximating ambient occlusion effects in real-time. Screen Space Ambient Occlusion, better known in its shorter form SSAO, creates shadows in the areas where objects connect, to give it a more natural and believable look in terms of lighting and shadows. 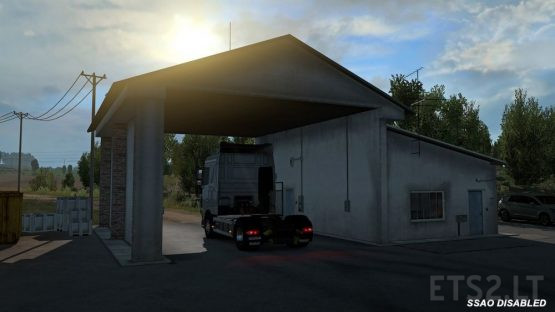 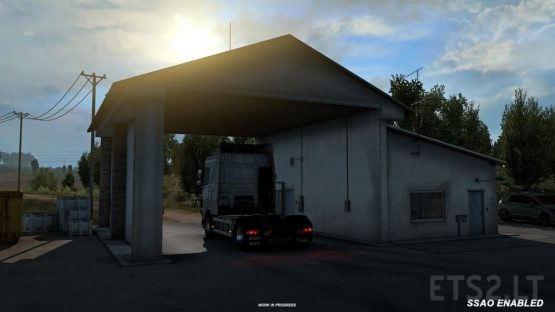 So what exactly does this feature mean for our players? To break it down as simply as possible, SSAO adds missing shadows where they should have been and improves shadowing in general. It also improves the look of glossy surfaces (such as paint and chrome).

SSAO improves the driving experience and overall visual look of the game, however, this comes with an impact on performance. Technically, it is a post-processing pass on the whole rendered screen at the full internal resolution, so a lot of maths for each pixel.

Less powerful GPUs may struggle to keep up at full quality, and with 400% or similarly high scaling selected, even mid-range machines will feel the impact on fps. If you are not happy with framerate after this update, please open the advanced graphics options in the game and try to find the right combination of scaling and SSAO quality for you. With a weaker GPU, it may be advisable to switch off SSAO completely. 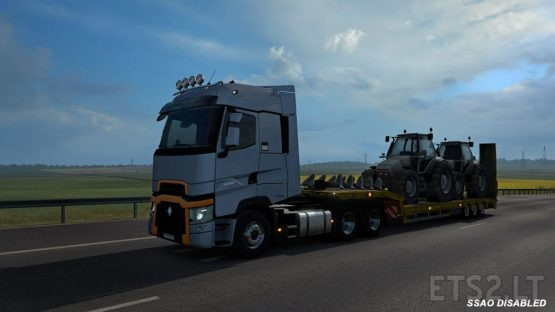 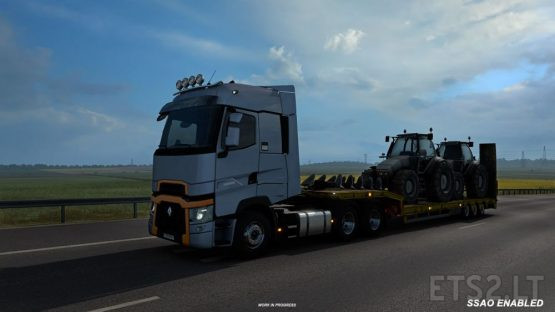 The easiest way to explain to you the benefits of using SSAO is by showing you a range of comparison images, take a look! Keep an eye or two on our blog because we plan to bring you more info about the SSAO in its own dedicated article soon!

SCS is also excited to introduce a long-requested update to the RGB Color Picker which drivers use  when purchasing or tuning their truck to paint it. You now have the option to input specific color codes (HSV, RGB, and HEX).

Also, in addition to saving color presets for just a single color, the color picker now supports saving a preset for all paint job colors at once. This way a player can store and easily try out a saved color set with other paint jobs. With this feature, we have also extended number of user-defined color swatches from 8 to 40, for your coloring pleasure.

We know that many drivers like to match their truck’s colours across their whole fleet, so we hope this feature is useful to you. 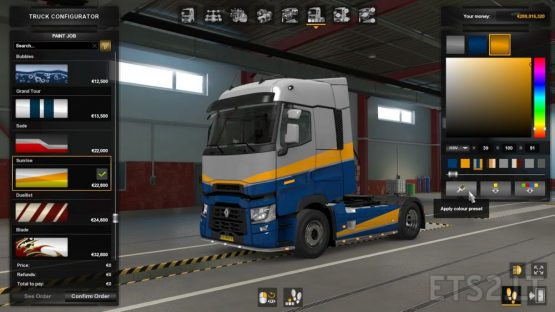 The DAF XF Tuning Pack has also received a small update which will now allow all DAF trucks chassis to be painted. We look forward to seeing how drivers will take advantage of this new customization on their DAF fleet as we know many drivers like to match their truck colours. Be sure to tag DAF Trucks and SCS Software on our social media channels with photos of your newly painted vehicles.

There have also been changes made to our GPS Route Advisor, which now features a cleaner and more modern-looking UI allowing for a larger on-screen map view. That’s not all however, as we also added new information for drivers using checkpoints for their journeys. 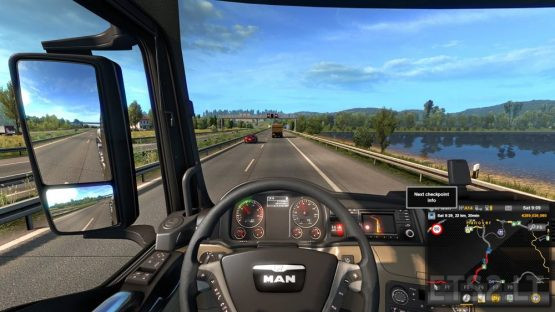 On the subject of maps, this open beta also includes a lot of bug fixes across the whole ETS2 map. Many of these bugs were reported from players from our community, so thank you for your reports! They really do help make a difference for others to enjoy a more smooth and immersive gameplay.

The FH Tuning Pack for Volvo Trucks have also received a small update based on feedback from our community. Drivers can also expect to find new tuning parts including front wheel covers, side deflectors with LEDs, stock front bumpers and rear top fenders with plastic and chrome option