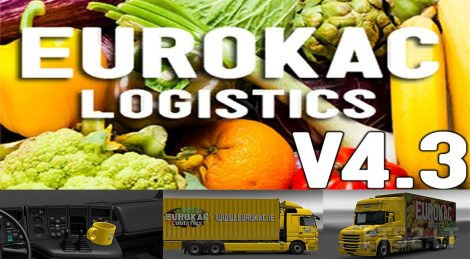 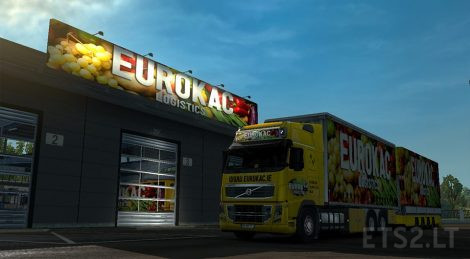 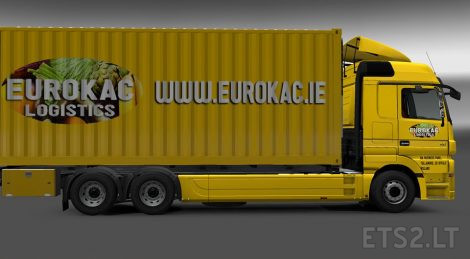 Eurokac is my own fictional company in ETS. It was up in the forum for about three days and now I decided to release it here. I worked on this mod for a good week; I had to make sure that the def files were working perfectly.

KNOWN ISSUES : The ui is missing on the container. I will fix this in the next update.

THIS MOD DOES NOT REQUIRE THE BDF TANDEM PACK OR ANYTHING ELSE MOD IS INSTALLED HOW YOU GET IT. It works best when you have the RJL Scanias and Madster’s MAN TGA.

I ALLOW SHARING TO OTHER SITES BUT KEEP ORIGINAL DOWNLOAD LINK RESPECT THE AUTHORS.