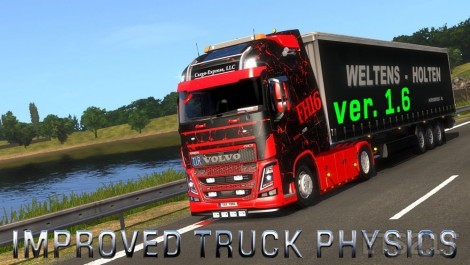 Mod aimed at the players, who want more difficult and life like physics in ETS2. It adds lots of changes to almost parameters, related to truck and driver behavior.
Compatible with 1.23.x of ETS2, but it should work on older versions too. Please keep original download link!

Donate
All my mods are free to download and will be distributed this way in the future too. Hovewer, If you appreciate what i`m doing and want to support my work, you can transfer any amount of money, using PayPal on this email: [email protected]
All donations are voluntarily! Every donation counts! Thank you!