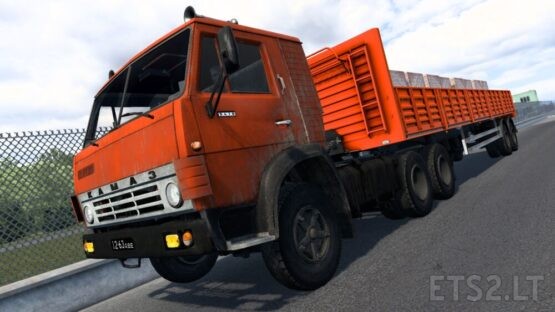 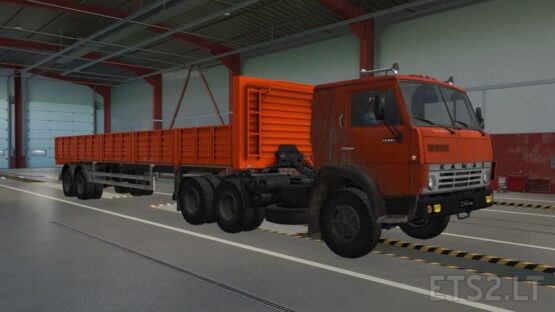 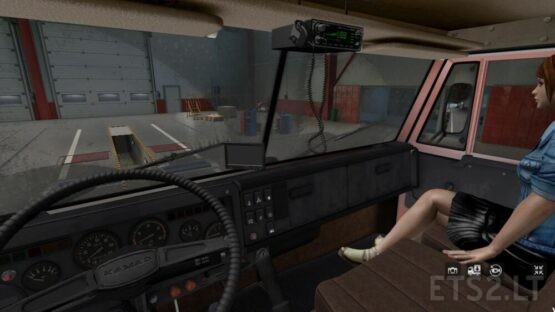 Description:
KAMAZ is autonomous, it does not replace anything, a modification of KAMAZ is purchased from dealers.
It has one chassis and one cab.
Simple external setup.
It has 6 varieties of KAMAZ tires.
Added spiral cables with physics.
There is no improved coupling in standard trailers.

Recent changes:
It has a native Kamaz sound in FMOD format.
New gearboxes have been added.
It has realistic engines with tuned torque.
Updated the camera and added new physics to the cockpit.
Aesthetically improved appearance from the outside.:
Added a new inventory to the interior + a bonus from STEAM.
Unfortunately, there is no window animation!?: (
A new lighting format for the truck has been added.
Improved lighting of the truck at close and far distances.:)
Fixed a defect from sunlight that was not reflected on the front mirrors.:)
Re-registered in the company dextop and the dealer of mod modifications-KamAZ.:)
Prasanna installation discs on the tires.:)
I fixed 2 tires, forgive me, it was my fault.!
We cleaned the models, removed everything unnecessary.:)
The conflict with the headquarters of KAMAZ 5410 was eliminated by the authors of JAWA, Stas556.
At the moment, there is the best of the two mods by the author-
Oleg Davydov (oq37) – Thank you for this!
Everything in the magazine is 100% clean.:)