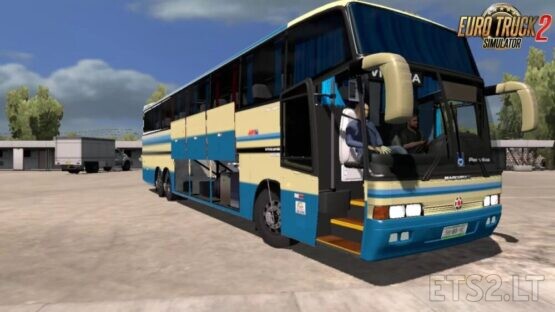 Marcopolo Paradiso GV 1150 – Popular bus Marcopolo GV 1150 from a Brazilian manufacturer added for ETS 2 fans players to the game. Marcopolo GV 1150 is a model of the popular shuttle bus designed on a chassis with a 6 × 2 wheel arrangement; the GV 1150 series buses were produced by the Brazilian concern Marcopolo from 1992 to 2000.