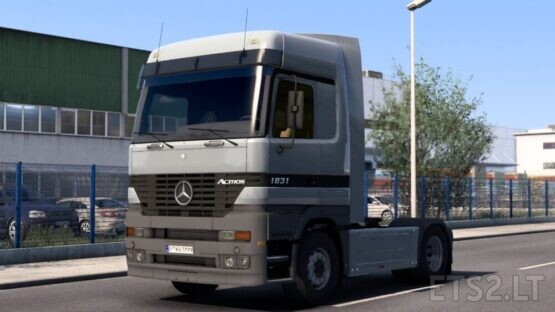 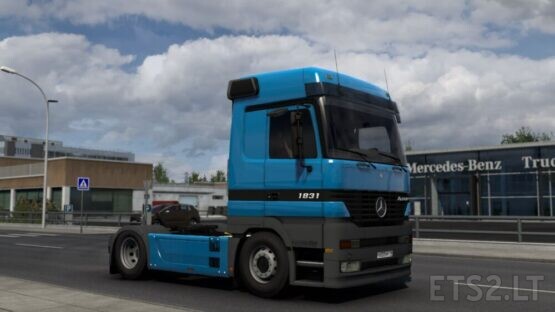 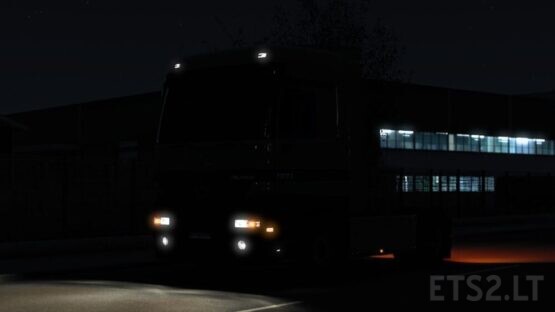 The first generation Actros was introduced in 1996 and production continued until 2003 and had a Innovative features such as Electronically Controlled Air Brake System, Intelligent Disc Brakes on both front and rear, introduction of the Controller Area Network (CAN) Technology for the chassis and drivetrain. Electro-pneumatic circuit on the new transmission models and the introduction of the new OM 500 V6 and V8 diesel engines with Telligent engine control.
Chassis and Powertrain

The Actros was the first truck to emerge with the collaboration between designers and aerodynamic engineers, the manufacturer was able to reduce the flow resistance by 17%.
The chassis of the Actros is available in two, three or four axles with the option of air suspension. A total of 3300 mm and 6300 mm wheelbase can be selected, the construction version of the Actros is available between 3300 and 5100 mm wheelbase with the option of Leaf or Air Suspension on the front axle and Parabolic leaf springs on the rear.
The Construction variant of the Actros with 4×2 axle configuration are equipped with drum brakes.
Engine and Transmission

The Engines for the MP1 Actros is equipped with OM501LA V6 or OM502 V8 mated to a 16-speed manual gearbox or 16-speed hydropneumatically-operated automatic gearbox.
Fuel Processing

Another new feature of the Actros is the Pump-Line Nozzle Fuel injection system, an improvement for the plug-in pumps that have been used for decades. Each Cylinder has its own injection pump which is driven by its own camshaft.
————————————————————

if you found a bug you can contact me or leave a comment.
Locked mod !!! don’t try to unlock this mod without permission.