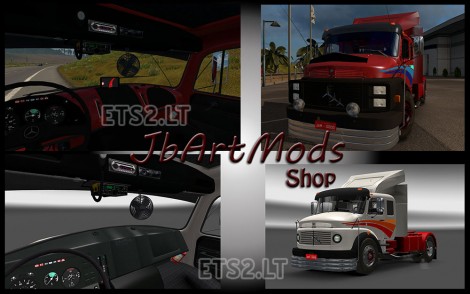 Good evening. I am publishing this mod, but it might be the last. Because the previous one published as JbArtArquit, few respect the author’s rights, do not want to come but at least say who really shaped the mod, I believe that is the minimum since it is not charged anything for the mod. And to in the preceding mod I modeled both John the Baptist, interior as the exterior. Well I hope you enjoy this new mod, it comes with several options, two inside and two chassis. Also modeled for me.

And other intensities were incações people do not even know, for example the engine, which incado by Kriechbaum to Tunak. And thanks Tunak TTMODS to respect the author’s model.

The first published as JbArtArquit, this is going to JbArtMods. I hope you enjoy

This mod has been tested in version 1.18

If they remove the previous mod thus avoids some errors.