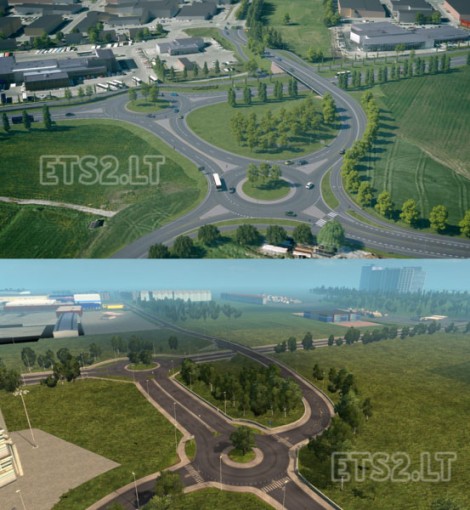 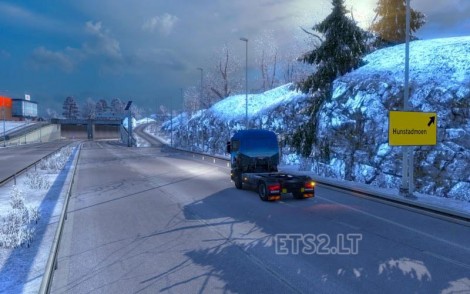 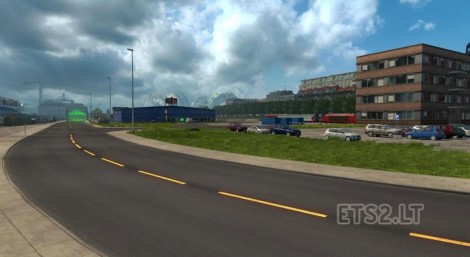 Finally a new release of my standalone Northern Scandinavia map. This is version 0.98.9. Have been working on a lot of upgrades on the map. This is the very first time i have started to use the main download area from my own forum, so if this works very well, all download links will be to the forum

Installation:
– Copy and paste NorthernScandinavia-def.scs, NorthernScandinavia-map.scs and tzmap.scs to “Documents/Euro Truck Simulator 2/mod”
– Create new profile(only for those who don’t have a profile already of my map)
– Set game module to “Test1.mdb” and not “europe.mdb”, because this is a standalone map
– Complete profile and then select your city. Current cities available for headquarter are Bodø and Fauske.

Bugs not fixed:
– Location of the map
– Rain in the tunnels on the map

New features and scenery upgrades(v0.98.9 for 1.21):
– Unrealistic area of Bodøtunnelen removed. There are now no connection to a tunnel from Tverlandet Bridge
– Upgraded ferry port in Bodø and added logistic buildings nearby
– Added Bodø railway terminal
– Added Mørkved railway station
– Toll station near the ferry port upgraded to AutoPass
– Road area near the Shell station in Bodø changed
– Road to Rønvik closed due to realism that this road in real-life are not allowed to drive through with trucks
– Added/changed destination signs across Bodø and other areas on the map
– Toll station near Tverlandet Bridge upgraded to only AutoPass
– Both intersections in Hunstad changed to traffic lights intersection.
– Volvo trucks scenery building at Bertnes
– MAN truck dealer added in Rognan

Uncompleted areas:
– Å i Lofoten not completed
– Tind not completed
– Reine not completed
– Working on the road towards Saltfjellet mountain range on E6 and also towards the Norway-Sweden border on Rv77(Rv95) “Silvervägen”
– E10 from Reine to Narvik is under construction

Compatibility:
– 1.21x
– Works with all other mods other than map mods that are working in 1.21x