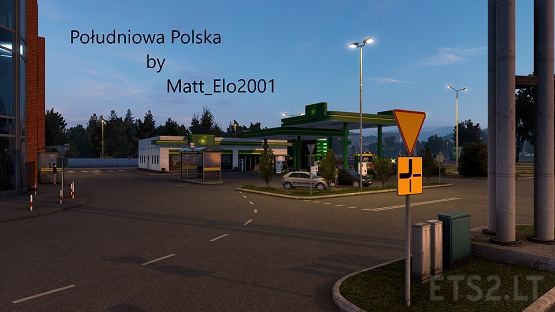 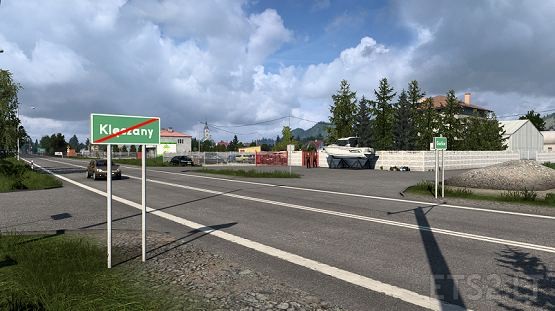 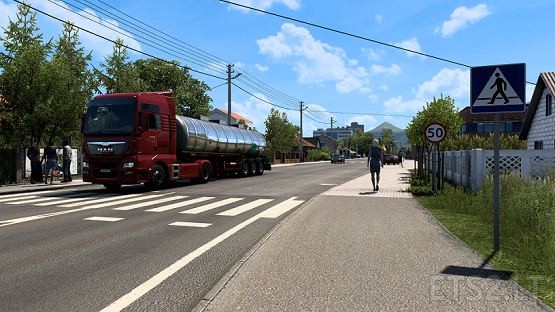 Southern Poland by Matt_Elo2001 – this is a small map of the southern region of Poland. In this region you can admire both mountainous terrain and lowlands. Agriculture predominates in this area, but there are also industrial companies.
I am a novice map maker for ETS 2, so please be understanding.

Changes in v1.4:
– Map adapted to the latest version of the game 1.41, ProMods 2.56 and Poland Rebuilding 2.5.1
– A new city has been added: Gorlice
– Four new companies have been added
– Added national road No. 28 from Nowy Sącz through Gorlice to Krosno
– A small piece of Nowy Sącz has been extension (DK 75)
– Added some signs in Krosno
– Some interesting places have been added on road nr 28
– Fixed some bugs
– And much more …

Changes in v1.5:
– The map was adapted to the game version 1.42, ProMods 2.57 and Poland Rebuilding 2.5.2
– Fixed bugs
– Light terrain fixes in some parts of the map
– Changed traffic in cities
– Convoy mode
– Improvement of some signs

All DLC (in addition to the Iberia DLC), ProMods 2.57 and Poland Rebuilding 2.5.2 are required for the map to work. The map is an overlay for PM and PR, therefore a map update for a different version of the game will be issued when the two maps needed for action come out.

The required game version is: 1.42x

Attention!
The traffic in the cities has been changed on the map, so I recommend using the traffic volume as “1” in the config file in my documents (where you have the game installed).