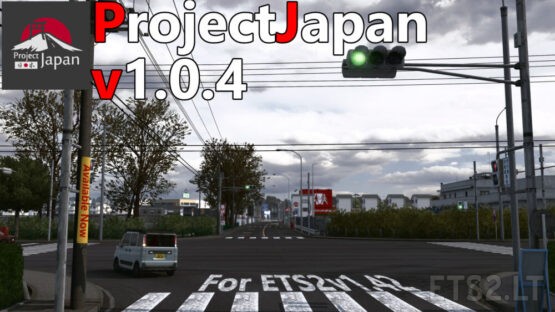 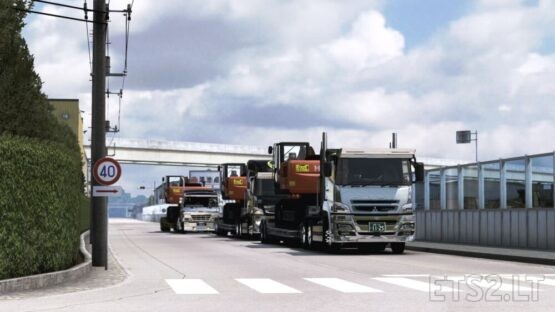 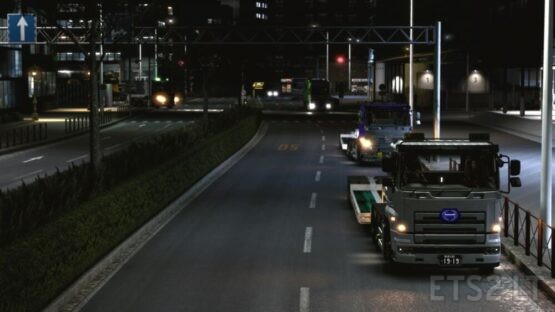 Summary
We have now released Version 1.0.4 of Project Japan, a map mod for ETS2.
This patch brings compatibility for 1.42 and Convoy Multiplayer.

This patch mainly focuses on compatibility with 1.42, and it’s content is similar to that of the previous version, so there are no new areas.

From version 1.42, it is possible to use mods in the Convoy Multiplayer Mode.
We have tested Project Japan and found it to be mostly working, but there is one major issue we have not been able to fix.
If AI traffic is enabled, the game will crash near the “Hida Kiyomi” toll booth.

Temporary workarounds:
1. If AI traffic is wanted, you need to take a detour via Toyama
or
2. Disable AI Traffic
If AI Traffic is disabled, the game will not crash at that location.

We have added a special sign board (Japanese) to inform of this situation.

– Version 1.42.x (no compatibility with version 1.30 or below)
– 6 Map DLCs: Going East!, Scandinavia, Vive La France!,
Italia, Beyond the Baltic Sea, Road to the Black Sea

About Super Hard Company:
Super Hard Company is a Mod that is included in our official download.
This Mod increases the difficulty of parking quite significantly by adding obstacles close to the parking spot and
narrowing the space you have available there. It also alters navigation data in some instances, so that you cannot
fully rely on your navigation system!