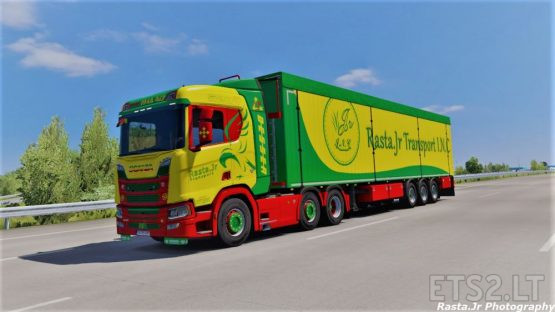 This sound mod has two variants in regard to the sound of the turbospool. As demonstrated in the video you can choose according to your preference and even use both.

Incase you want to use both, do know that you have to use one sound mod at a time. Enabling both mods in game leads to conflict and crash of the game.

It is recommended that you use the default 50% slider for truck engine and truck exhaust in audio options in game.

This Mod works for all SCS stock in-game Scania Trucks including the new generation Scania S/R and for the mod trucks Scania RJL(Including the 4 Series) and the Scania R by Fred.