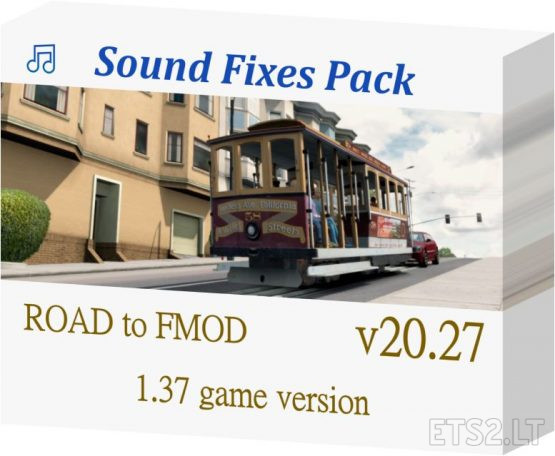 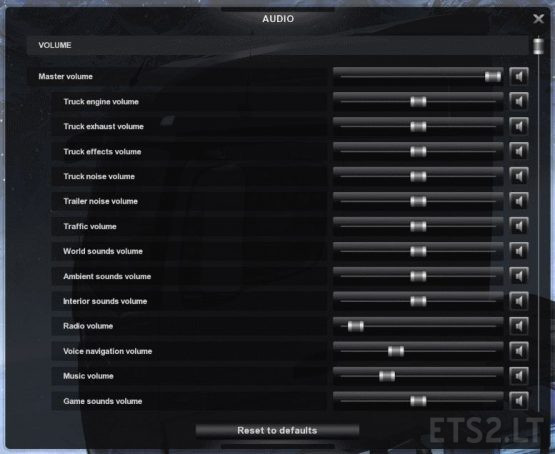 * ETS2 1.37.0 + ATS 1.37.1. No errors in game log. Must have high priority in Mod Manager.
* Compatible with all maps and all trucks, including truck mods.
* Does not replace individual truck sounds, so this mod can be used with an unlimited amount of truck sound mods of your choice.

* Realistic wind sounds when opening the window at high speeds.

* SCS Software for base sounds
* Drive Safely for sound edits, some sound samples, and for compiling mod
* Deltatristar500 for an external parking brake sound sample
* kriechbaum for light switch sound