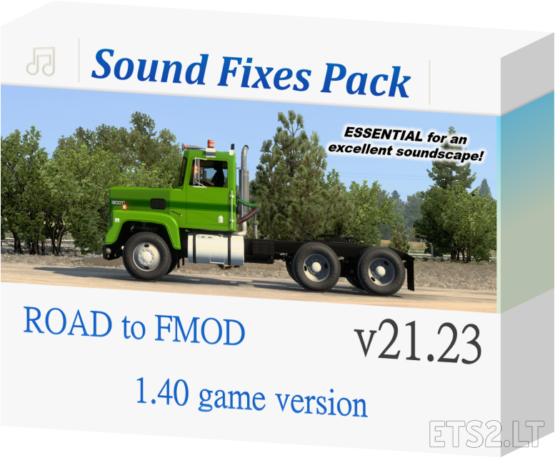 New minimum requirement: Sound Fixes Pack should have higher priority over rain sound mods unless the rain sound mod is ensured to be compatible.

* ETS2 1.40.1 + ATS 1.40.1. No errors in game log. Must have high priority in Mod Manager.
* Compatible with all maps and all trucks, including truck mods.
* Does not replace individual truck sounds, so this mod can be used with an unlimited amount of truck sound mods of your choice.

The SCS Forum link below for Sound Fixes Pack holds all official download links and can be used to give feedback and ask any questions about the mod:
https://forum.scssoft.com/viewtopic.php?f=212&t=200919