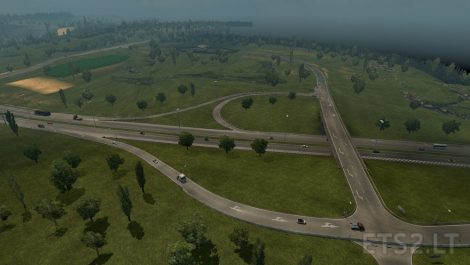 Painted density and traffic intensity on the time of day, at night the traffic occurs very rarely.

increased traffic speed at transpositions and rotations.
Each file has a speed limit painted on 72 countries. Separation by type Vehicle in mind and roads: local, and motorways. By default, set to the same limits for passenger cars, trucks and buses:
local 120 (60 city), line 120 (70 city), highway 150 (City 120) km h.
All files are adapted for use with ProMods.