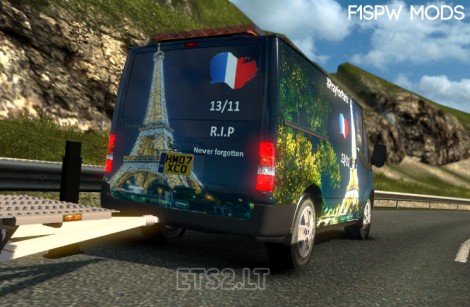 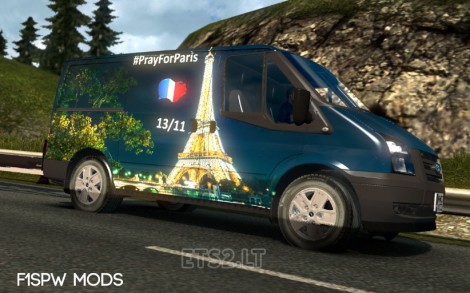 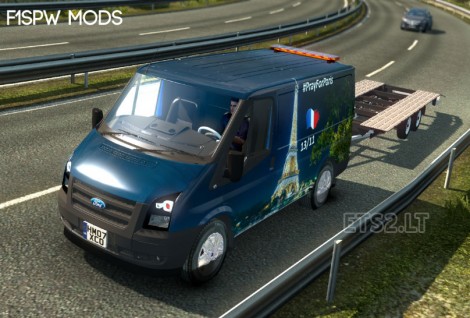 This skin is in respect for the tragedy in Paris on the 13th of november 2015 when over 120 people lost their lives because of a terror act in multiple locations around Paris.

I also give respect for the other tragedies on the 13th of November such as the earthquake in Japan and ISIS attacks elsewhere.

INSTALLATION:
Firstly you need the Transit van mod by DragonModz

1. Once you have both files, extract the transit van file (by Dragonmodz).
2. Next, Extract the Tribute Transit skin
3. Accept the option to Merge the folders and copy and replace everything that needs to be replaced.
4. Add all the folders (def, material, sound, vehicle) to an archive and select .ZIP file (not .rar)
5. Give the file a name that must include .scs on the end. example: tributetransit.scs (MAKE SURE TO REMOVE THE .ZIP IN THE TITLE)
6. Place the .scs file into your mod folder
7. Activate in-game