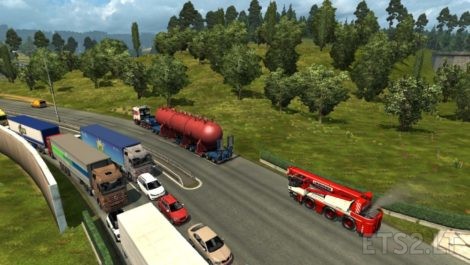 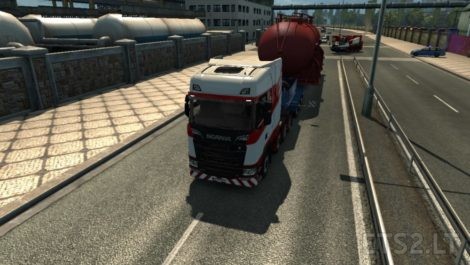 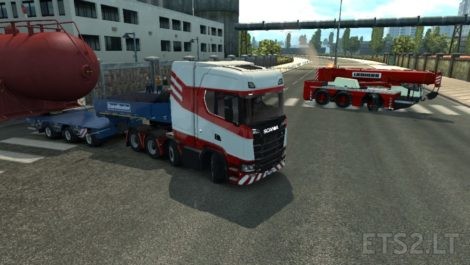 The modification will replace the trailing escort car on the Liebherr autonomous crane.

To operate the modification, you need DLC Special Transport!

– Increased the speed of movement from 40 km / h to 90 km / h (so that the crane was faster than the car carrying a oversize car). The limit of 60 km / h for the “cortege” remained untouched.

Adapted at 1.31, 1.32 and registered in 69 countries to work not only on the default card, but also on others.

– frequency of appearance in traffic – 0.5; (do not forget that this is special transport and it is not so often found in real life).

The speed of movement in traffic is 40 km / h, it runs on the rightmost lane, and it does not create any special problems with rebuilding. Parking the truck is prohibited.

The model has smoke from the exhaust pipe and a working orange flashing light.

Installation: Move the file from the downloaded archive to: Documents / Euro Truck Simulator 2 / mod and connect it to the mod-manager.