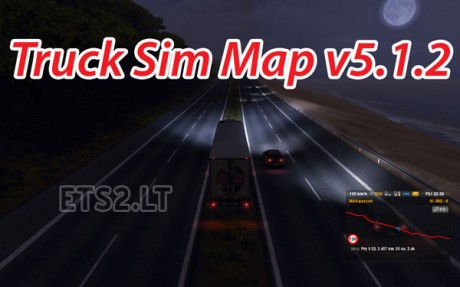 Trucksim Map v5.0 changelog:
4 new cities, 2 (Evora, Viseu) in Portugal and 2 (Merida, Salmanca) in Spain
Completly new edition of Prtugal and most of Spain
Update of traffic lights for Portugal, Spain and Greece
Realistic signage in the rebuilded- and other parts
in which signnames were bigger than the actual sign
All known bugs since our last version were fixed
in which signs wrongly regulated the priority in the traffic system
in which objects were not in their correct position near the garages in Bourges and Ljubljana
Bugs were fixed…