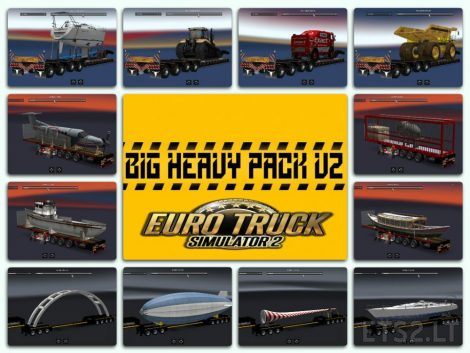 The main mod you can download on this site or on other sites dedicated to this game, for example: ets2.lt/en/big-heavy-pack-v2/

Credits:
Author of the main mod: Blade1974 Author of this addon: Tornado