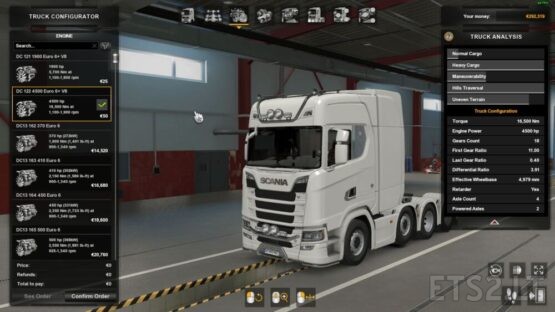 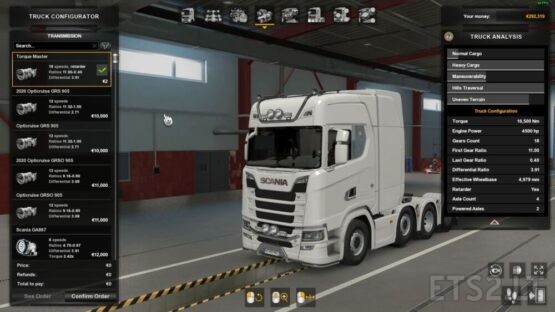 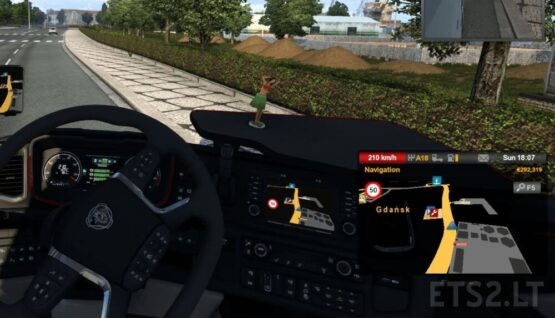 As the title says, I engineered an engine and transmission for the Scania s 2016.

They are 2 engines in the pack, one over powered and one extremely powered, the second engine has enough power to tow a mountain.
The first engine is unlocked at level 0.
The second at level 2.

The transmission is 18 speed forward and 1 reverse.
It is a speed shift, so very quick shift time.
Unlocks at level 0.