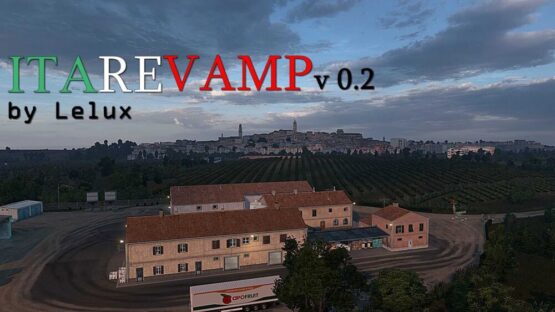 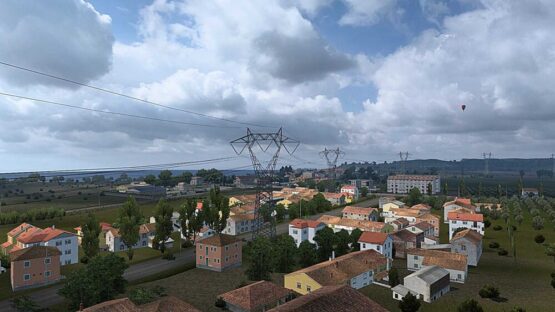 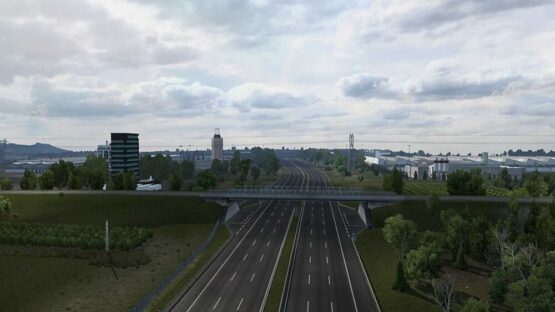 The map is a refinement and improvement of Italy from DLC Italy.

Changes v0.1:
New buildings and a TV tower in Rome
Orvieto (decorative city)
Sala Consilina (decorative city in the Campania region)
Cosenza (decorative town in the Calabria region)
Terna power station near Civitavecchia with Argentario Mountain
New small towns on the hills of Castelli Romani, south of Rome…
Adding skyscrapers in Naples
The town of Candela, on the hills along the A-16 highway (scenery)
Bernalda (decorative city with landscapes), on the E-847 highway, Basilicata district
The town of Sibari in Calabria (scenery)
One of the most important “landmarks” for those who drive along the A 14 highway towards Puglia are the Gargano Mountains, they are finally visible!
The city of Pesaro has been improved
New Imola Industrial Zone (scenery)
New buildings in Bologna
Added the famous sanctuary of the Madonna di San Luc in Bologna
Lucca (decorative city)
Grosseto (decorative city)
Power station “Tirrena Power” in Savona
ENEL power plant in Maddaloni, near Naples
Cassino University
A piece of the city of Sanremo, visible from the viaduct on E-80
Added the Majella Mountains, the second highest peak of the Appennini (2795 m above sea level).
The surroundings of Vesuvius are filled with a large number of buildings
Now Vesuvius is a little bigger than originally