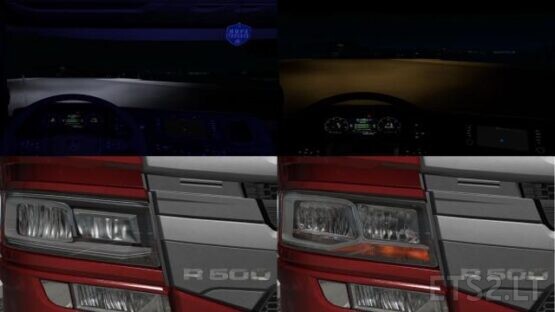 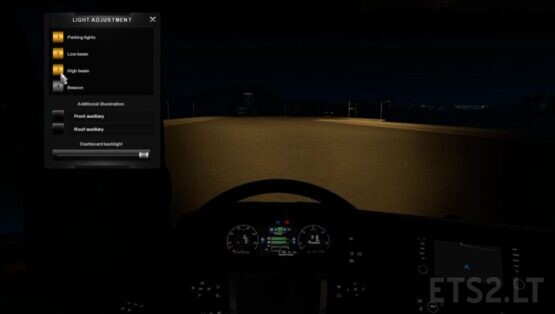 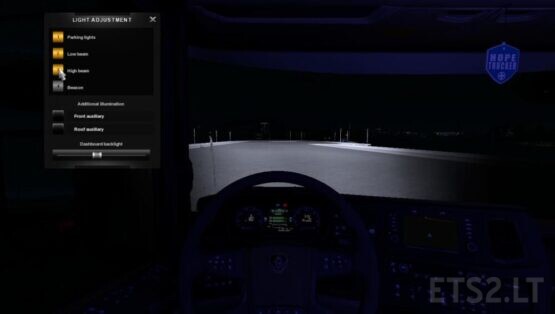 Changelog v1.1:
– all bugs reported were fixed, thanks for suggetions
– The Halogen light is less yellow-ish and less brighter than it was.
– Range and angle are reduced too, since halogen headlights aren’t THAT strong
– The LED Version get a minor increase in the angles and range, since IRL than are far better than Halogen.

This mod changes the values of the default LED and Halogen Scania S and R headlights.
Brightness, color, positioning and angles were are remade, value after value, to the closest I could get to a real headlight, using samples across the internet, via google or youtube tests.
Since it changes the default values, there is no need to buy new headlights, you just need to subscribe and activate the mod in the mod manager.
The flares are still the same, since I don’t know how to change it yet. But maybe in the future.
Suggestions and comments are welcomed!
It DOES NOT work on TMP.